rentmoney in LeoFinance • 5 months ago (edited) 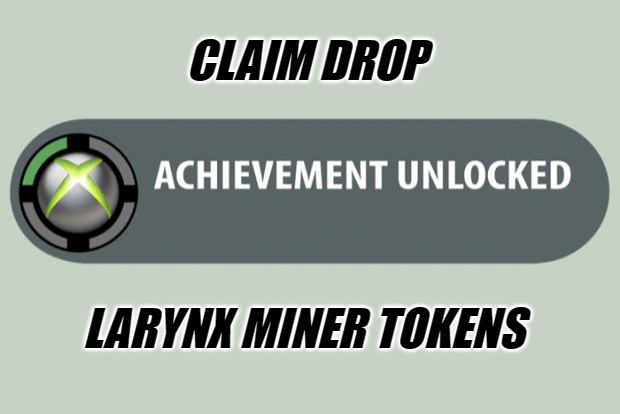 The SPK Network is a decentralized Web 3.0 protocol that rewards value creators and infrastructure providers appropriately and autonomously by distributing reward tokens in such a way that every user, creator, and platform, will be able to earn rewards on a level playing field. To celebrate the SPKNetwork Claim Drop and Hive's Second Birthday the SPKNetwork team is hosting a Party on their discord server. Lots of fun stuff is scheduled such as detailed information of what the SPKNetwork team has been working on and Giveaways to those who participate in the Party Chat. First Giveaway: 100 USD will be on offer to the top 3 blogs that help promote the claim drop and the live chat this Sunday, March 20th, at 16:00 UTC. See the exact time here: https://time.is/en/UTC. Second Giveaway: Will reward the best questions and interactions during the event. Participation doesn't get much easier than that. Simply show up, interact and come up with some intriguing questions. Do so and you just might find yourself in the winners bracket.

After claiming your SPKNetwork claim drop (LARYNX Miner Token) don't forget to showcase that you did so on Twitter. The SPKNetwork team is upvoting content that is shared on Twitter that shows proof of a completed claim of the LARYNX Miner Token. Use the hashtags: “LARYNX”, “SPKNetwork” & “claimdrop” on your Tweet to qualify. Use those same tags In your tweeted Hive post: #LARYNX, #SPKNetwork & #claimdrop + #larynxclaim. Step by step instructions on how to claim will be posted today (March/20/2022) on the spknetwork official blog.

Lets break the above down a little. The 1-1 snap shot included all Hive/Hive Power in existence, this means Hive on exchanges. As everyone knows in cryptocurrency land, "Not your keys, not your tokens". You likely won't get your claim drop if your HIVE was on an exchange at the time of the SnapShot. HBD was not included in the snapshot so don't calculate that into your potential token claim. There will be a total of 12 claims over a period of 12 months. As already noted the official SPKNetwork blog account will release details in a step by step guide that will be posted on the date of March 20, 2022 sometime before the Claim Drop officially launches. To learn more about the Claim Drop and the SPKNetwork visit the official @spknetwork blog Here.

The Hive community completely controls the distribution of the unclaimed LARYNX Miner Tokens. 3Speak has no control over where these unclaimed tokens are sent. It is proposed by the Hive community that the tokens are placed under the control of the Network's Decentralised Proposal Fund System, as described in section 7. Any user may submit a proposal, and HIVE Power holders will be able to use their Hive Power balance to vote on proposals, releasing the distribution of the unclaimed LARYNX Miner Tokens. Source: https://hive.blog/hive-112019/@spknetwork/spk-network-or-larynx-miner-claim-drop-90-days-until-snapshot

The step by step guide post for claims is now live. Click the following link for details on how to claim. https://hive.blog/hive-112019/@spknetwork/how-to-claim-larynx-step-by-step-tutorial

*Self voted to keep claim drop guide on top of comment trending section.

Thanks for this reminder. Exciting times.

What nerves, what nerves. The time is coming, we will see a lot of innovations in the coming months.

I believe so, the HIVE Blockchain is on a roll.

most probably you cannot claim yet, cause i cannot find anything relevant

Step by Step guide on how to claim below.

thanks for this bro
!LUV

Awesome Rentmoney. I claimed mine. I tried to stake but it didn't seem to work 🤔

When I made my claim I had to wait 2-5 minutes for my claim to process (I refreshed page and there it was). I haven't tried to stake as I'm holding for the time being. But its possible you just need to refresh the page to see your amount got staked.

So, @rentmoney, are you staking or selling your Larynx?

Looks like my drop for the month of March is worth about 60-70 HIVE so I'll likely hold. For now I will hold without staking just in case the price of the token sky rockets out of nowhere.

curious to see if the hype will affect Hive's price

I don't think it will have much impact on HIVE price. The snapshot already took place so there is no need to rush and buy the HIVE token. Although it is possible that a group of potential investors misunderstand the claim drop thinking they still have time before the snapshot (if this is the case its possible we see an uptick in HIVE price). It would of been interesting if the Claim Drop utilized a new snapshot just before each of the 12 drop claims.

oh, I forgot about the snapshot taking place way back. I'm not a silly clown for nothing you know :)

Do we know where and when the airdrop claims can start? I didn't see any info on the posts about that.

Just above the Unclaimed Tokens section of the post.

I went looking for the answer to your exact question before I created the post. To the best of my knowledge the step by step guide post for claiming tokens hasn't been created yet. It should soon be.

Thanks for the update my friend. Heading there now 😻👍

Submit
0.00 BHT
Reply
[-]
poshtoken  5 months ago
The rewards earned on this comment will go directly to the person sharing the post on Twitter as long as they are registered with @poshtoken. Sign up at https://hiveposh.com.
100%
-100%