rentmoney in LeoFinance • 6 months ago 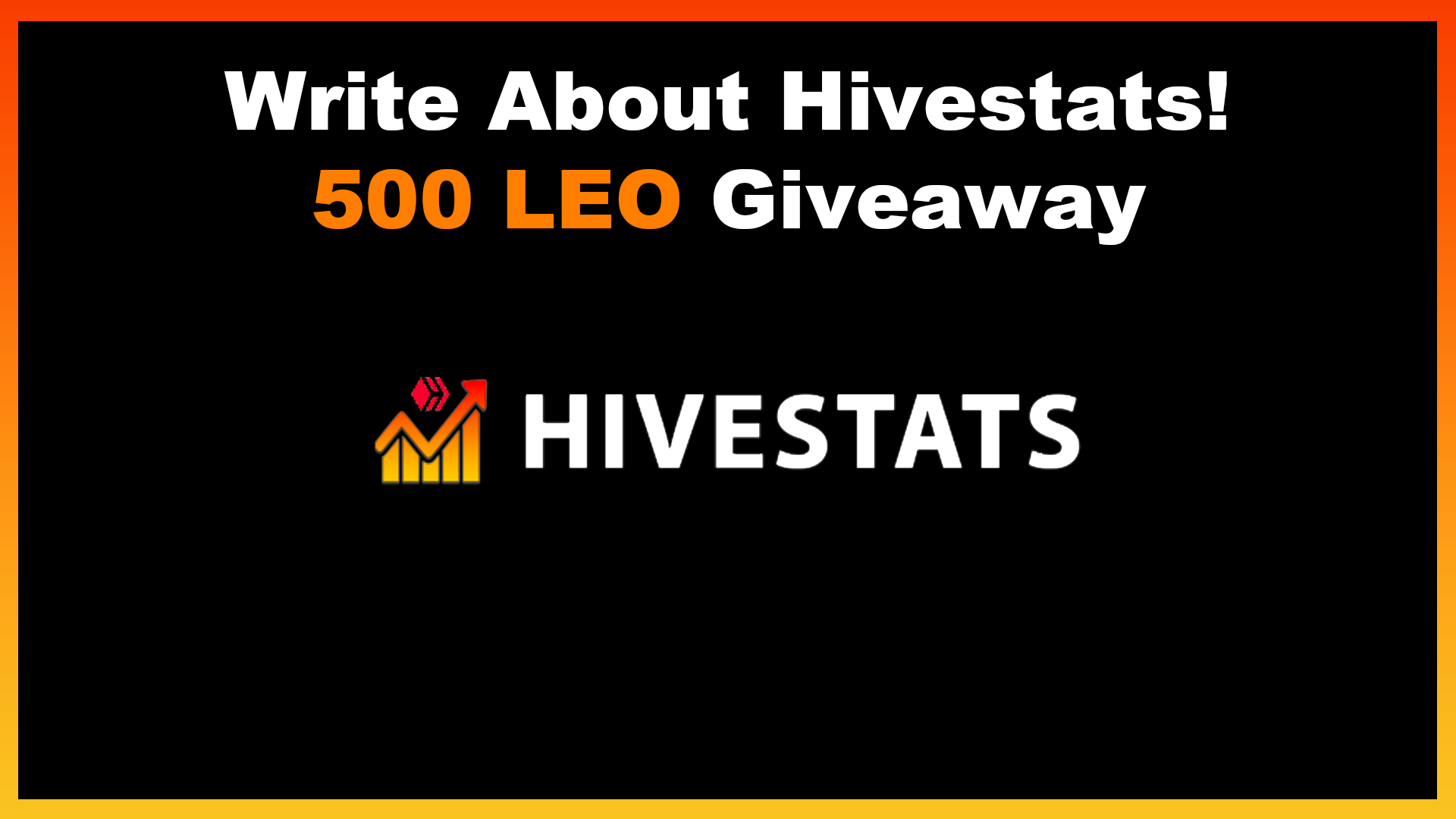 When first going to HiveStats the first update I notice is the LeoFinance teams apps have shortcut links displayed directly at the top of the HiveStats page. The second thing I notice is the recently included top 15 posts that were created on the LeoFinance frontend being advertised directly under the app shortcut links. I love both these features, the shortcuts allow users to quickly navigate to another app and allows new users to learn about these apps. The advertisement of users posts at the top of a popular Blockchain app (Heck Yeah!) who wouldn't want one of their posts displayed (such an awesome addition).

Just below that we will see our Hive Blockchain Profile information along side our Hive Blockchain received rewards and Stats. Under these sections we see things such as our vote value, reputation score, our curation APR and much much more. Underneath all that awesomeness is another addition that I like seeing, displayed currencies USD value. These currencies include HIVE, CUB, LEO, and HBD. The APR for CUB and BLEO-BNB is also displayed in this section (links to stake are displayed as well).

The HiveStats site also displays our Hive Blockchain wallet information. Our liquid, staked, HBD, Leo and estimated account value can all be seen at HiveStats. The information provided by HiveStats doesn't stop there as underneath all the above information we can view the progress in USD worth our created and curated content has earned us. This includes seeing our upcoming rewards for created content and curated content that hasn't paid out yet. Unsure of your recent activity, do you want to see what you or someone else has been up to on the Hive Blockchain. HiveStats provides an easy way to do that as the site displays the recent operations of any Hive account you wish to enter into its database. Below is a screen shot of my (@rentmoney) recent operations.

Next up under all that information (Yes there is more) is our Hive-Engine wallet and stats information. Such information includes our tribe site tokens and their worth in USD. Our received Hive-Engine rewards and our Hive-Engine operation stats. Under the operation stats of both the Hive-Engine and Hive Blockchain sections one can choose to see the operation stats any day of the week they so choose. Did you do some activities on Wednesday that you want to check up on, if so HiveStats has a link for that. Are you unsure if you completed a transaction on Friday, no worries HiveStats has you covered with easy to see and easily clicked links that displays the days of the week. Click on one and your operations for that day will be displayed.

As noted in this posts title. The HiveStats app recently had an update. To be fair saying HiveStats had an update would be an understatement. Its much more accurate to say that the LeoFinance team did a complete overhaul of the HiveStats app. To try and spread awareness the LeoFinance team is currently running a contest that is giving out a total of 500 LEO (that is not a typo, that is 500 FREE LEO that is up for grabs). 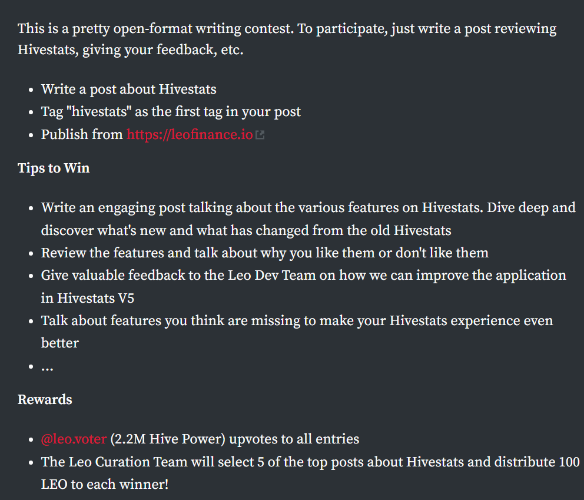 Thank you for reviewing hivestats!

Great news, thanks for sharing it. I'm going to go check out the new Hivestats site to see all the new features.

You're Welcome, one of the features I forgot to mention is the ability to change from light mode to dark mode.

I just find out about Hivestats so I can't tell if the updates are good or not but so far I love this app. Very useful

The app itself is an amazing app. As detailed in my post there is lots of information displayed. The added updates only add value to the app.

I saw the new site and I like the new charts. It makes it a bit easier to look at but it could do a little better at letting us filter information.

I suspect new filter options will eventually find its way in future updates.

Great post! Gotta check out Hivestats to see what I've been missing

Hey @brojustaverage, here is a little bit of BEER from @rentmoney for you. Enjoy it!

Learn how to earn FREE BEER each day by staking your BEER.

Thanks for the manual curation @bhattg and @indiaunited.

lolztoken.com
Why is lettuce the most loving vegetable?
Because it's all heart.
Credit: Happy Valentine's Day
@jakkal, I sent you an $LOLZ on behalf of @rentmoney
Use the !LOL or !LOLZ command to share a joke and an $LOLZ. (2/6)
100%
-100%

I've not really used hivestats much before but I'll have to take another look now that it's been overhauled. !PIZZA !hivebits

thx for sharing, didn't know about this. I like to see all the stats displayed. Would be checking it out soon!

more Leo to the plebs :)

Free LEO is the best kind of LEO.

Your content has been voted as a part of Encouragement program. Keep up the good work!

Use Ecency daily to boost your growth on platform!

Thanks for the curation.

Hivestats have undoubtedly seen some key improvements. Here is my detailed review that I published a few days back: https://leofinance.io/@zestimony/hivestats-v5-a-timely-and-quality-update-review-of-hivestats