The Evolutionary Path of Ethereum To PoS

bitcoinflood in LeoFinance • 16 days ago 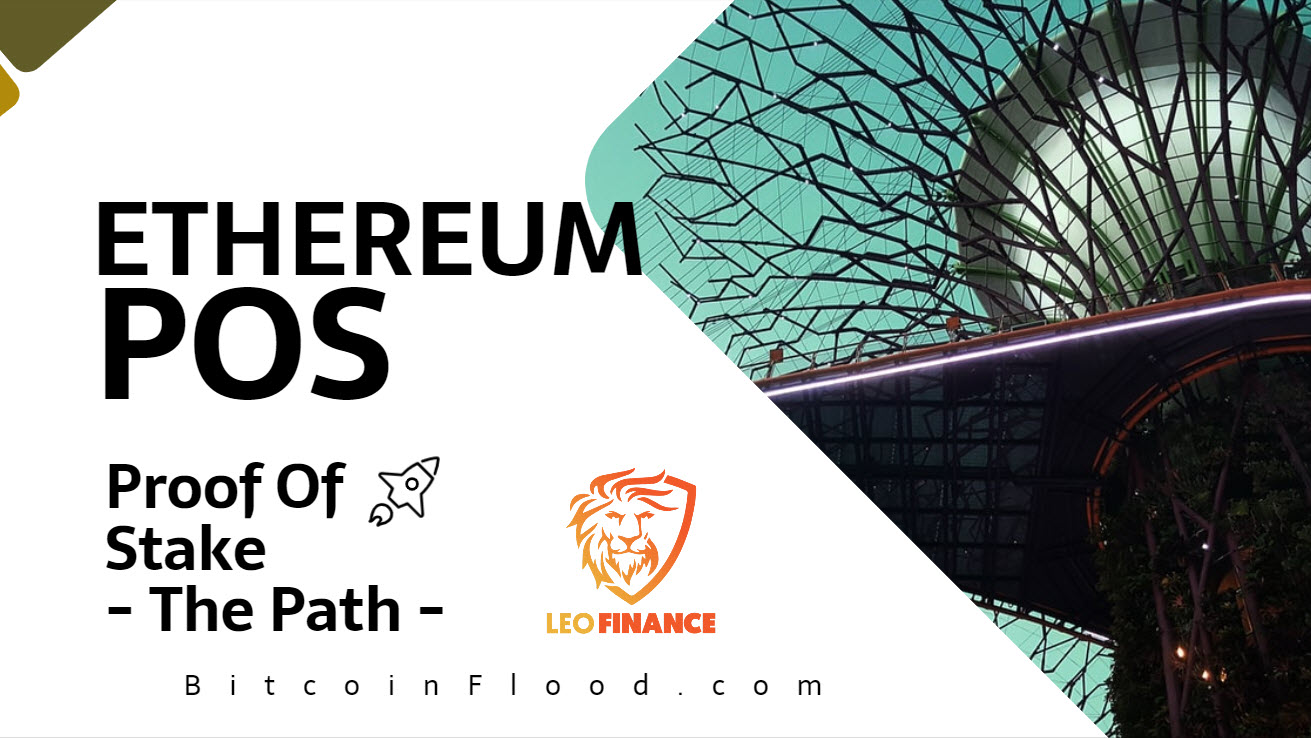 Many of you know I'm very bullish on Ethereum. I most likely always will be being that I picked up a bunch at just $13 a few years back! But that's not the main reason as Ethereum has proven to be the one blockchain to lead the charge in innovation including things like DeFi and NFTs!

Let's take a look today on another big change that will be happening to Ethereum as some point and how the evolution will look.

It's been stated the PoS for Ethereum is coming maybe as soon as the end of this year. However for sure by early 2022. It's nearly written in stone now that it's happening so every time these price dips happen I've actually been stacking a little more Ethereum.

What I'm curious about is if Ethereum will introduce some type of unique idea to the mix of PoS.

What do I mean by that?

While the general idea of PoS is that the more you hold the more you earn in the sense that you have a higher chance of being picked to mine the block with the more tokens you hold. However some PoS system introduce aspects such as a aging on tokens. The older a token gets the higher magnitude it has. As a rough example of this say I have 2 Ethereum tokens staking. 1 just mined a new block while the other is now a month old and still hasn't staked. This Ethereum token could now have a higher magnitude which would make it so it has 2x the power or 4x the power of a newly staked token.

The Path To Ethereums PoS

There are currently at the moment two chains running. A Beacon chain which is the Proof of Stake chain currently in testing and the EVM or Proof of Work. Where you use your GPUs to chung out work in hopes of mining some Ethereum.

This merging process I don't think will be in one fell swoop. Instead it will be a gradual introduction as there's far too much money on the blockchain. My feelings are every time there's a hardfork the old dogs will end up buying more into Ethereum in hopes for "free crypto" in the form of a hard fork which has happened in the past with Ethereum Classic.

The PoS system currently running has a total value now of around 4,900,000 Ethereum staked on it or the equivalent of around 12.7 Billion dollars worth. Sounds like a lot right? But it's only a very small fraction of the total value of Etehreum.

We already see how centralized development is as well as nodes! No one can afford to run an ETH full node

I no longer agree with the direction of the project, the road map and solutions they propose add way too many holes and attack vectors into it for much liking

I have to say every block chain that is becoming something is now centralized. Decentralized systems don't really work they are a madhouse mess of people randomly doing things with no direction and development. The dream of decentralization won't ever happen IMO.

I agree with you, trying to put so much data on a chain is always going to centralize things. I just look at ETH and I see all the wasted resources of peoole minting bullshit on the chain like rug pull tokens and NFTs and I’m like what’s the point?

You really need some type of trusted Governance system in place but no one really feels like messing with that crap as we clearly see here with Hives voting system and other voting systems.

Vote out the trash, have some type of approval process. Chains like Cardano and Polkadot should have somewhat of this type of governance but I'm not sure how well it's going to work out.

Binance turned into the same thing. Shit token after shit token for no reason other then to fuel the pockets of the creators and hype it up for no reason. It's actually extremely hurtful to the real goal crypto has.

I need to add a section to the Ethereum Guide which speaks about Ethereum 2.0 and its shift to Proof of Stake.

Would you be open to expanding on what you have here and creating the content for that section in a new blog?

All you need to do is create the content and provide a single link across to the guide underneath any relevant piece of anchor text.

Yep I'll put it on the list of articles to make and see about going more in-depth on the path and what will be in PoS Ethereum. Most likely will be subject to change as its all still in testing phases.

Yep no rush on the timeline.

Looking to turn each guide into an evergreen piece of content that ranks on Google rather than receiving rewards on the @crypto-guides account.

I don't know if that is a good idea or not. I think it could be great but its like giving everything to the old guys in. At this point, anyone who got in that early is probably already rich and I don't think getting more on top of it is going to spread more wealth out to others.