Splinterlands SPS and The Future Of The Game

bitcoinflood in LeoFinance • 6 months ago 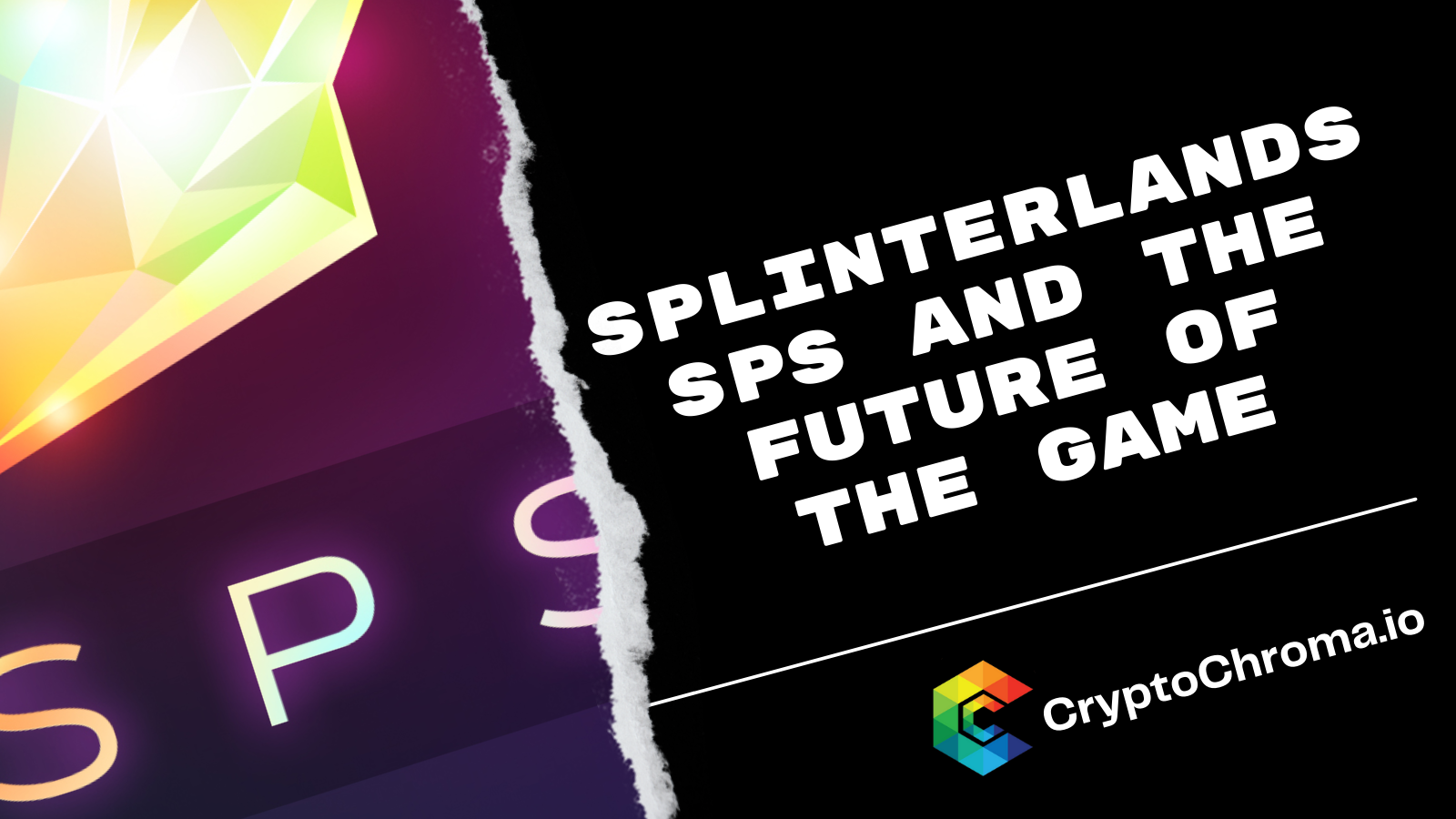 Splinterlands SPS and The Future Of The Game

First let me say a huge congrats to the Splinterlands team. It's the one application that has brought huge value to Hive over the last 6 months and continues to build value for those actively taking part in it. In this post I want to focus on SPS and where we might be headed as the value of the SPS seems low compared to the real value it is providing.

Currently SPS is valued at about $0.16 which is almost it's all time low which comes as a surprise to me. Personally I feel like $0.16 is close to the bottom as a number of things are going to kick into effect here soon which is going to reduce the supply and also provide it more value.

SPS is (Splintershards) a governance token of the Splinterlands game. It provides the voting rights and general voting for where the game should progress next however it also is said by the team to play critical roles in terms of the game and the value it provides.

There are currently 197 days left in the airdrop so a little over 6 months still to be air dropped on to active players and holders of the game. These SPS airdrops act on point values of accounts based on a number of factors such as DEC held, DEC in DeFi pools, Card packs, Land plots, Champion points, SPT or the Splintertalk token, card skins, totems and titles. These points are tallied up each day and then SPS airdrops across all accounts.

Once this SPS airdrop is done it's done for good and a total of 400 million SPS would have been dropped or 13.33% of the total supply. that means almost half of this has already been airdropped on players.

How SPS Is Currently Earned

An important note about SPS the amount form each of the reward pools drops by 1% a month or about 8.3 years before it dries up. So something like Staking rewards which is going on about 6 months would have just a little over 7 years left on it and already dropped 6%. For that to make sense we have to look at the white paper rewards pools here https://sps.splinterlands.com/rewards

From there we see SPS Staking Rewards which is set to start at 7.5 million per month. At 6 months in 6% decrease now puts staking rewards at 7,050,000 SPS in rewards for staking each month.

At the moment SPS is earned by the following

There are still a number of rewards pools that need to be kicked off which most only won't be happening for another 6 months and those are.

That's still a lot of possible ways to earn SPS and I do like the fact that most will be happening AFTER the airdrop. This gives people time to buy packs for the new Chaos legion and build up decks so they can start to battle it out and earn SPS on a more fair playing field compared to people who have been in the game for a long while (such as me with my beta packs which now suck lol)

What SPS Gets You Now

SPS at the moment doesn't get you much which is most likely why it's a short term sell. It's used for staking rewards which is about 37% APR at the moment which will continue to keep falling as the days and months go on. It also provides some vouchers which primarily in a few days will only be used for bonus packs when buying large packages in the game. I feel like that's going to become a worthless feature here once the public launch of Chaos goes live in a few days as most who buy those large packages would have already had the vouchers to begin with. Thus the only real value given to SPS the the week to come will be staking rewards (and while yes some vouchers a part of me feels like those will start to become even more worthless thus I'm not counting them here)

What SPS Will Get You In The Future

Of course the future can always change but currently we know the following from announcements.

SPS will provide you with a constant APR which will continue to drop. A year from now I honestly see this being around 10% or less and I'm curious how that will effect the price and how value will constantly be given to SPS holders.

SPS is also said that it will play a very important factor in the game for lands. This is one aspect I am really looking forward to. Lands seem like they will be a great and powerful passive income generator. Being that you have maintenance for buildings and other assets of the game with them. Potions are going to be in high demand.

SPS is set to have a max cap of 3 billion SPS. Yep 3 BILLION! But that's after about 9 years worth of drops from the system which will continue to diminish over time. I don't feel like we will start to feeling the diminishing effects of SPS until the airdrop is over in about 6 months and the Private sale in about 4 months.

It's important to note however that as a holder of SPS you influence and vote on how the game and systems work. It will be interesting if things such as more SPS airdropped etc is voted for to increase or even decrease the supply. It's unknown yet as to what influence SPS holders will have on the game but that should start to go into effect this year. I would guess things such as how many packs to be released per new decks, how many vouchers, how prelaunch works etc are all possible options.

Overall thought to me SPS seems dirt cheap right now when you look at the long term play of the SPS token.
*This article is for entertainment purposes only. While ever attempt was made to provide accurate information there of course might be some errors or changes since writing this. Do your own research before investing.

Submit
0.00 BHT
Reply
[-]
poshtoken  6 months ago
The rewards earned on this comment will go directly to the person sharing the post on Twitter as long as they are registered with @poshtoken. Sign up at https://hiveposh.com.
100%
-100%

I'm planning on stacking a lot! One million would be nice, and not an unfeasable amount either!

Only 3000 people could have 1 million tokens, that's not that many!

Sps price will increase when there is increase in user case.

Sps price will increase when there is increase in user case.