LeoFinance Get Paid For Your Knowledge

bitcoinflood in LeoFinance • 2 months ago 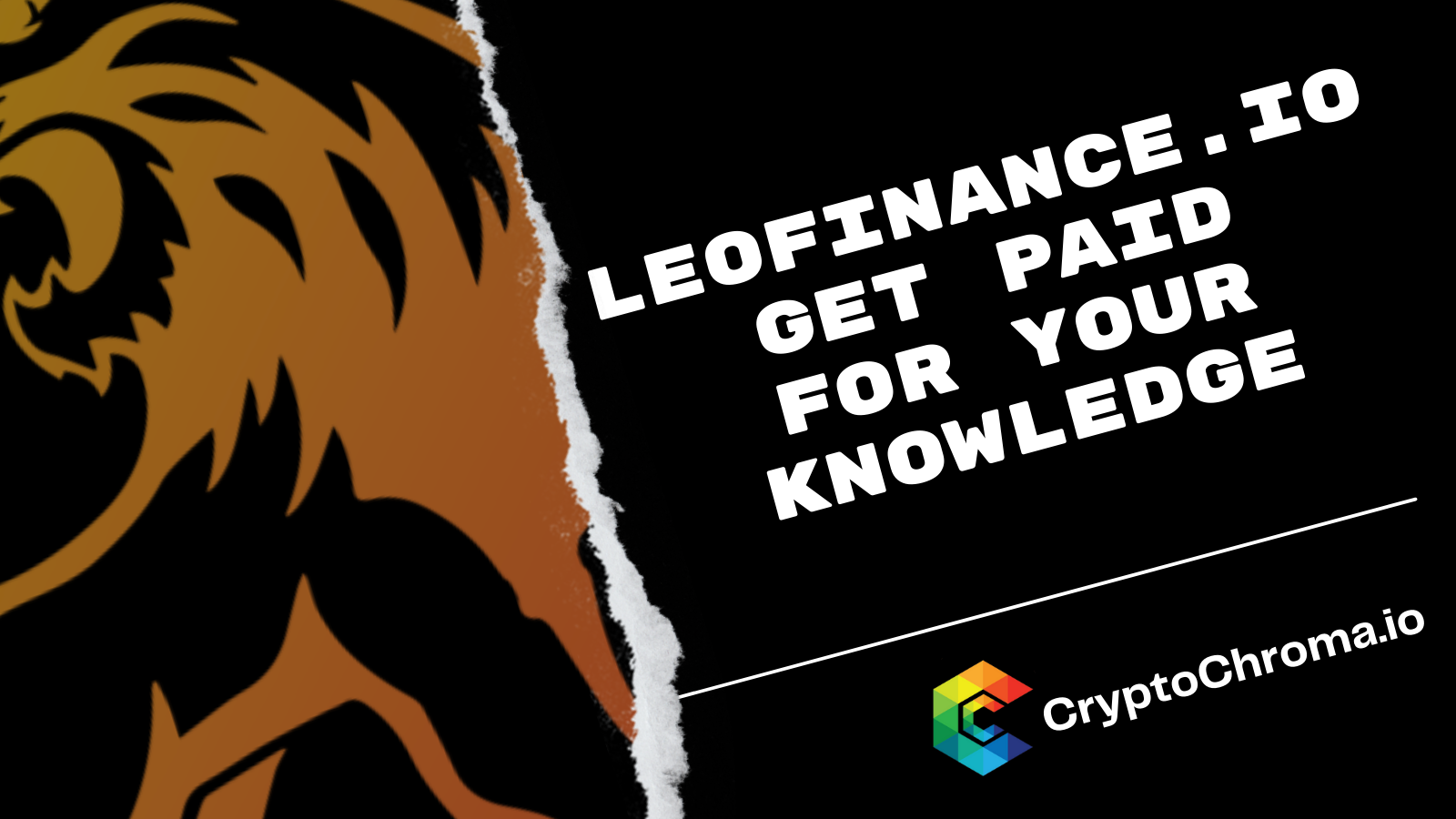 LeoFinance Get Paid For Your Specialties

A few years ago LeoFinance launched one of the few communities to release during the first open phases of tribes within the hive-engine ecosystem. Leo was one of three of the communities I bought into a great deal. One of my first orders was picking up a bunch of LEOMM tokens which are mega miners. These things dish out LEO on the daily constantly at a steady rate and have paid for themselves time and time again.

That's not all though I've also been writing on LeoFinance, promoting LeoFinance through list building and community and showing others the possibilities.

Your Information Is the New Currency

Your opinions, votes, skills and knowledge are valuable! While other platforms aim to take a majority of your profits while kicking you around in the dirt with shadow bans, limited reach or worse yet making you pay money to reach your followers the crypto community aims to fix this by providing a "proof of brain" concept.

By writing high value articles and commenting on others to provide them information as well this proof of brain system allows others to thank you for your time and commitment through the platform with their native token. In this case for LeoFinance we have the LEO token which is earned for writing, commenting and curating others content.

This is one of the most powerful ways to generating revenue from your content. Not only that but if you rather just read, leave valuable comments and curate you can also earn a substantial amount of crypto for doing just that.

This leo token actually has many uses and they continue to grow as the platform and team evolve.

LEO can be converted into a wrapped version to be used on the Ethereum blockchain and also the Binance blockchain. Not only that but coming soon you will be able to wrap it and use it for DeFi on the Polygon blockchain.

LEO also gets it's value from other sources such as airdrops for future projects. One of the most anticipated of those is ProjectBlank which is thought to be an alternative to Twitter that will reward users in its own native token.

If you would like a step by step guide for how to get started with earning on LeoFinance click the image below.

Yay! 🤗
Your content has been boosted with Ecency Points, by @bitcoinflood.
Use Ecency daily to boost your growth on platform!

I know a little bit about a lot of things, and that has really come in handy for me as a blogger. I think it also helps to have a genuine thirst for knowledge, so that you're constantly learning new things. I love this platform!

I love the fact that everyone gets seen here. We all have a voice and can get rewarded for using it whether through blogging or curating and commenting or all three. Getting seen on the 2.0 platforms requires that you stand on your hands and walk backwards.