Dogecoin Moons Is It Finally Going To $1? 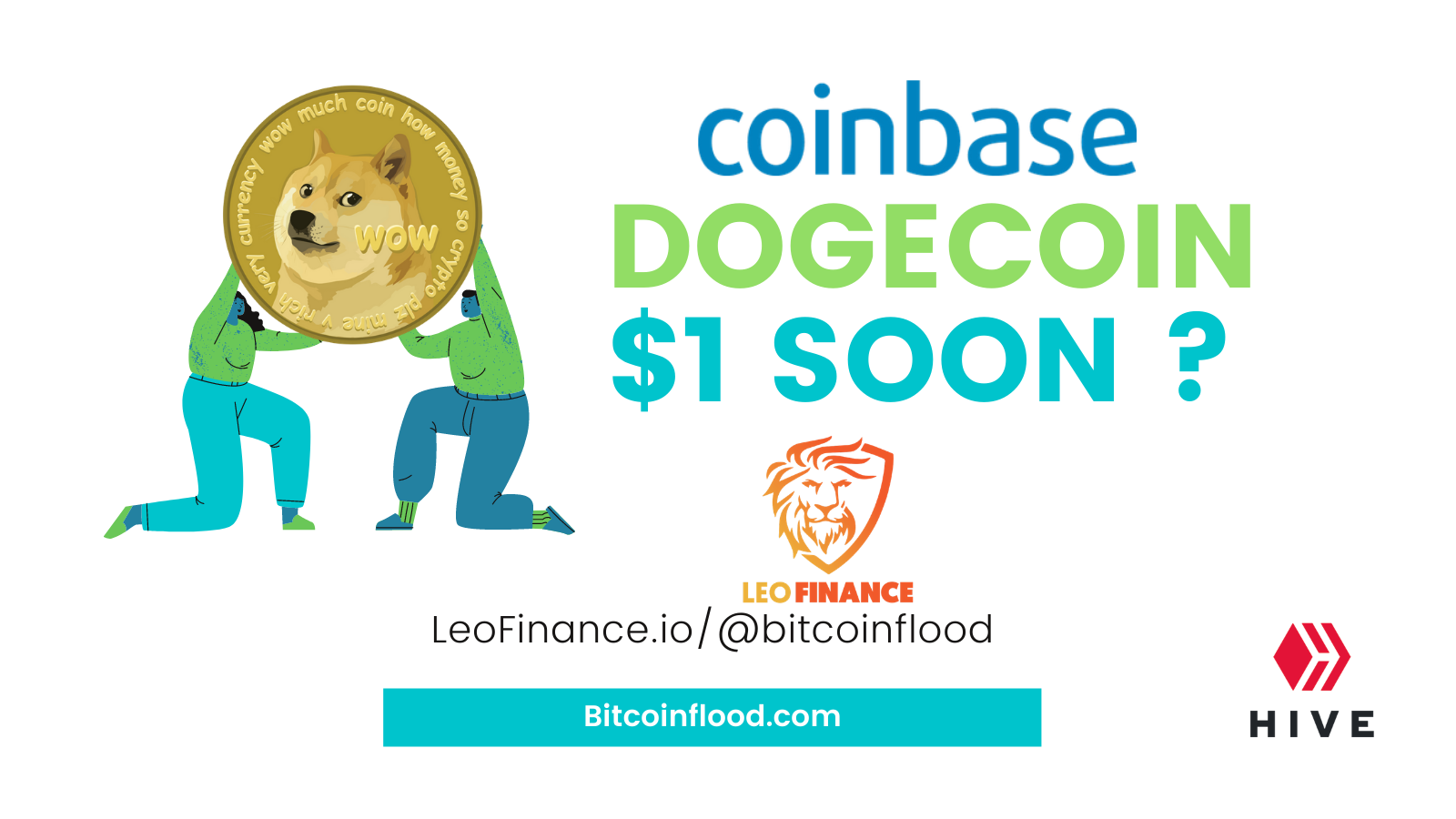 I'm sure some of us are kicking ourselves in the butt when you think back a few months ago and sold your doge you mined or bought at $0.001 for $0.07 but those gains are seriously huge and at the time I'd have to say it was a start choice. I only sold a fraction of mine as it's still a crypto I'd like to hold some of.

That being said this morning Doge hit $0.43 and again I simply couldn't pass up the opportunity and I sold off more of it this time a larger chunk. $0.001 to $0.43 I can't even do the math on that but those gains are freakin mind blowing.

At the time of writing this we are already down a bit to $0.38

Why do I write about this today?

I write about it today for two reasons...

I say this as it's critically what we need happening here on Hive and to an extent I've been working on onboarding influencers on to Hive. In fact one of them just recently sold her first NFT here on Hive for a cool $1,000. Now that's pretty dang powerful stuff right there and helps gain the platform some new exposure.

2 ) Euphoria - Some of these market conditions throw all common sense right out the window. But does that mean it's wrong? Hell no! We saw the biggest clear example of this ever in Gamestop within the stock market and we are seeing that now move into crypto markets.

These markets don't play by the books anymore. They play by hype and speculation but when it comes down to it is that not what Fiat money is or crypto?

You see nothing really has "Value" to it until the sale is made. Unless someone is willing to exchange a product, service or whatever in exchange for that Fiat or Crypto it's in essence worthless. It's speculation every time you make a trade.

The reason I bring up Gamestop is because of this chart here. This in all accounts was a dead stock and a compnay quickly moving towards going bankrupt. But myself and I'm sure many of you remember the days when we would camp out in front of the gamestop to get our hands on that first popular new release and go home and play it for hours with our friends. Gamestop holds those good memories. While yes they give you shit for your trade ins which sparks a lot of jokes and memes lol 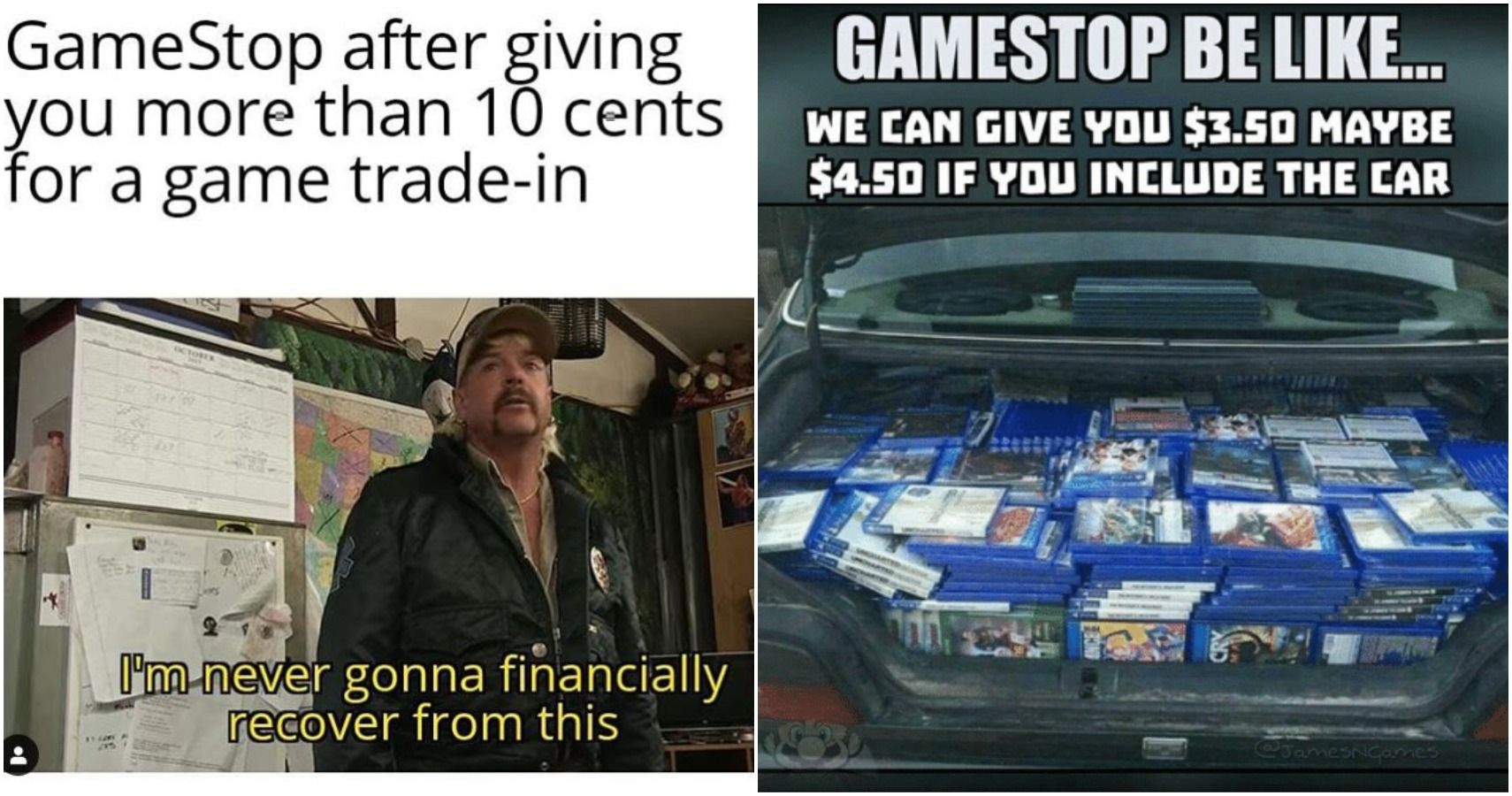 It simply goes to show you that if people believe in it and enough influence is around it a stock or a crypto currency can rally to all new highs and remain at the higher peg.

The question still remains will we see a $1 dogecoin?

I didn't think so before I admit it. However now I think yes. With the amount of money that was injected into cryptocurrency Dogecoins market cap does not have all that much further to go. There's a lot of people that believe and want $1 dogecoin and that influence seems like eventually it will be enough to make it happen. That marketcap value will be roughly $130,000,000,000 and put it in 3rd place on the overall market caps of all currency cryptos.

With enough push what I think will send this over the edge quickly to $1 Dogecoin is if Coinbase onboards it as one of their cryptocurrencies you can buy. I firmly believe that will be one of the major pushes in the next few days.

The markets are re-adapting their strategies. The influencers market is a big part of what is being made transparent. Many are trying to bluff lately, as I have noticed on Quora, reddit, and Twitter, but it is everyone's duty to look at the numbers, do a little research before investing. You are right. the game has changed.

We're not in the euphoria stage yet. DOGE is an altcoin season starter. Interesting times ahead.

I tell you some days it feels like we are lol

I don't get it at all. With bitcoin there's a finite supply but Dogecoin doesn't have that attribute. Guess people are going to pump what they're going to pump. It is fun to watch though.

Just wait til Hive gets some of this FOMO. It’s going to be a wild ride.

The DOGE Moon is being powered by crypto traders on Robinhood.

It is already showing signs of breaking Robinhood's crypto platform.

If it was powered by traders on exchanges I would take it a bit more serious.

Yeah I sold about another 40% of my portfolio of Doge at $0.41 was the lock in. Honestly I might retire lol

The dog is still barking, haha!