Adoption Takes Time It's Only The Start

bitcoinflood in LeoFinance • 3 days ago 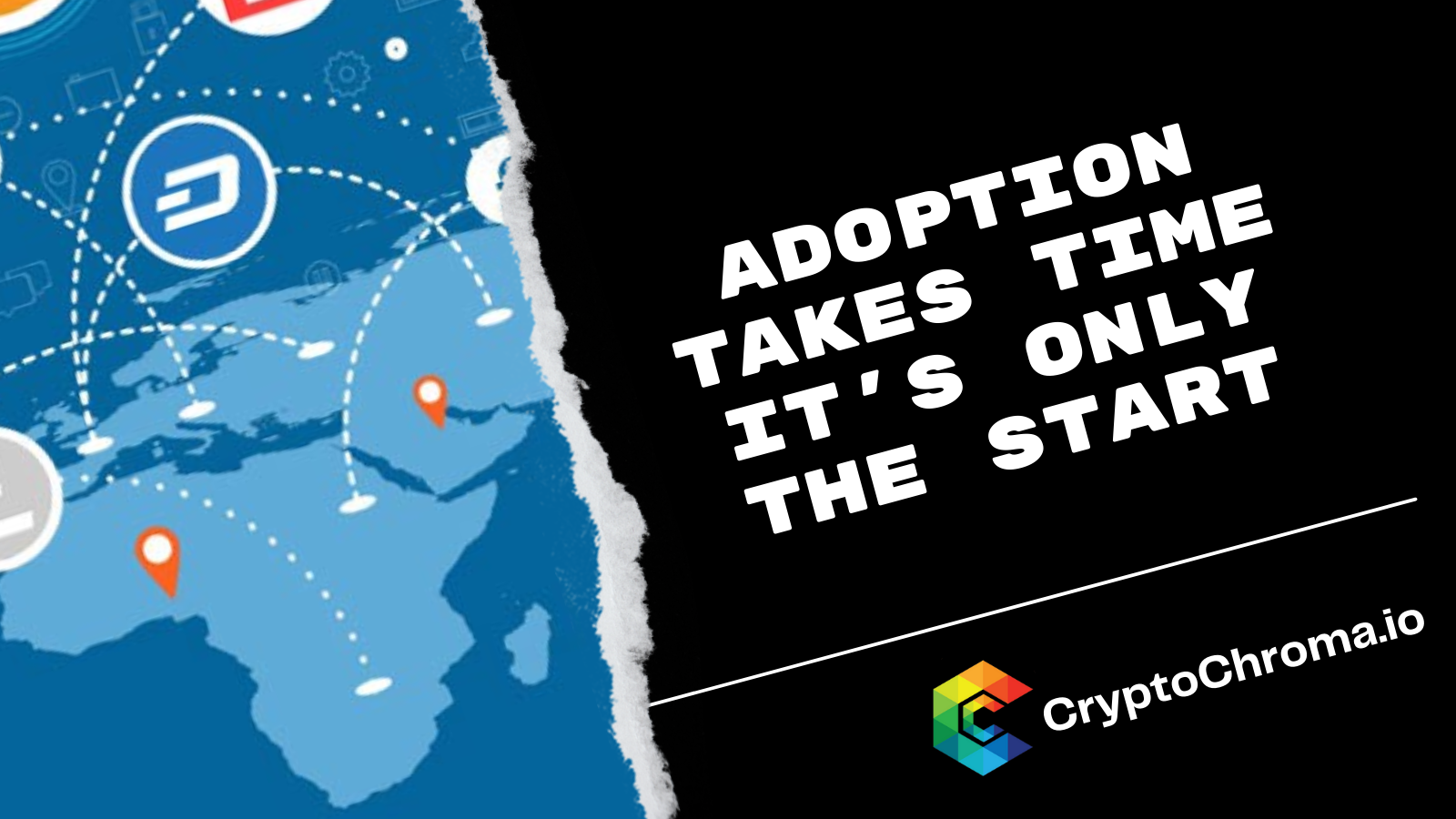 Adoption Takes Time It's Only The Start

When you look back at what crypto was 10 years ago it was just a whisper. Something a few people on forums used and bought pizza with as "funny money". It was just starting to catch some headway with a few people in terms of them mining it and starting to understand and come to grips as to what it was.

Fast forward to 2017 and we saw one of the first rallies of crypto and I have to say at the time I thought I was loaded beyond my dreams lol. Now looking back at that rally and fast forwarding to today it makes it look like a little blip on the radar.

What I'm seeing now however is a staggering ladder climb up and up in which I feel we are soon about to find our bottom of and rally once again to 3 trillion in market cap or above.

It wasn't until just a year ago that the stock market start to tease the idea of allowing crypto into their systems. 401k investments and other large investors being able to finally buy in. We still aren't there yet there's still massive push back from governments even though they know their not allowed but by creating the confusion and gray area they are doing their part to try and hold back crypto by confusing and misguiding people.

What May Speed Up Adoption Rates

When we look at the current state of the world including here in the USA we can see what a mess the world governments have made it. Inflation rates of 7% gas prices soaring and just in general food prices climbing along with constant infrastructure issues and supply chain issues should not be issues of this day and age but for some reason are. It goes to prove the lack of capability of large governments and what we do see is the power more at the state level and local levels. It's because smaller groups are able to better take on many tasks that don't apply to the world so the sweeping government laws trying to make everyone do the same thing are simply broken at their core.

All of this while people have less jobs, less pay (demand more pay from their companies as they should) and people just honestly tired of the BS. You now put your money into a bank and honestly earn NOTHING while the bank loans it out at new highs returning nothing to you. Why would people bother when they now have far better options.

It's why DeFi is primed for one of the largest overhauls for security and while it will explode this year. Even at a 10% rate in DeFi it's far better than anything else you can get. However many places are paying out 40% or better! Simply crushing transitional markets and restoring power back to people instead of governments which personally I believe have become a company themselves simply trying to take more and more money. Something that is a very DANGROUS sloop to go down in terms of your freedoms. Your government should be taking less of your money. (however that wont ever happen and instead we have to take them on ourselves as a reminder those few work for us not the other way around)

These are the core things that are going to take crypto to the next level and while I don't agree with some of them and simply feels like we are replacing a broken system with a somewhat broken one it does offer much better returns, freedom and power to people.

Currently you can invest into crypto without buying all that expensive mining equipment yourself by buying into stocks of companies that mine bitcoin. These companies however often are short in their holds mining they mine and dump it on the market for profits in the books.

The other side of this is the advancement in new banks that use only crypto. These new forms offer up 6% or better yields on what are known as "stable coins" In fact paypal is now looking into this.

I still remember there was once a time Paypal paid interest on the money you held in your account and it was about 3% that didn't last long as governments attacked them and shut that down. Now it seems as if they are trying to rebirth that in the form of a regulated stable coin and they most likely will succeed in doing so. This is where I say we are replacing a broken system with a potentially new one as we are giving power back again to these large companies.

What we need is more DeFi exposure and decentralized systems where people own it instead of just a few its now the many. This is the path I believe we will start to see rapid adoption in the world of cryhpto which will make the rallies we see today start looking like that one shown above in 2017.

*This article is for entertainment purposes only and is not finance advise.

Submit
0.00 BHT
201 votes
Reply 5
Sort:
[-]
poshtoken  3 days ago
The rewards earned on this comment will go directly to the person sharing the post on Twitter as long as they are registered with @poshtoken. Sign up at https://hiveposh.com.
100%
-100%

Ten years from now, everything will depend on cryptocurrencies and decentralized systems.

We will see a lot of changes over the next decade. Quite frankly, the tokenization process will penetrate many different markets over by the early 2030s.

It is going to be fun to watch it expand.

It is nothing more than building and momentum. As the numbers grow, they end up growing more. Perhaps the percentage slows down but, for a while, the raw numbers will increase.

According to Crypto.com we went from 106M in January 2021 to 290M by the end of November. That is a huge growth rate as a percentage.

exactly it makes me laugh when I hear people talking about this huge sell off and I'm over here thinking to myself this is pretty normal and puts us no where near to a sell off from a year ago. Short term mind set will screw with ya!