We rise by lifting others up 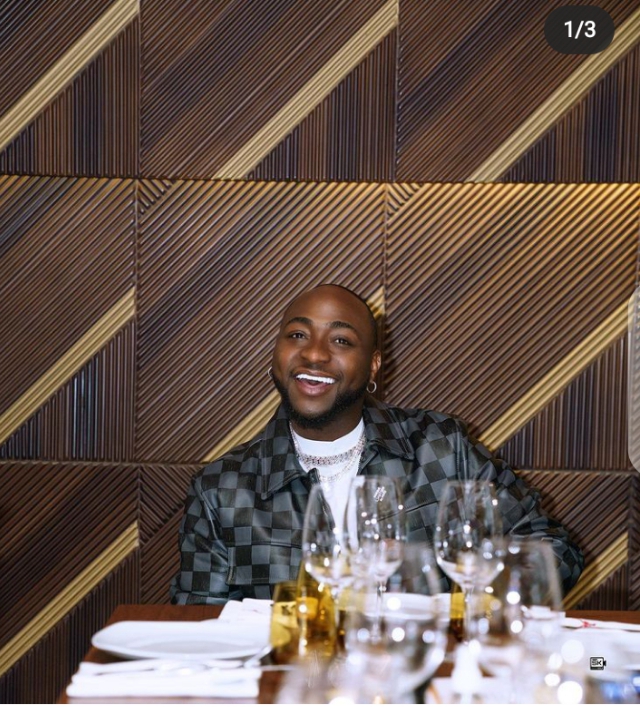 We rise by lifting others up( Davido)

Hello Hivers, how has been our day, mine was good but just a bit emotional, work and all, we keep moving
So something happened on the street of a social media platform on 17th of November 2021, a popular musician in Nigeria, by the name David adedeji adeleke (stage name DAVIDO) made a tweet saying that it's his birthday, and that he has been saying for long that we rise by lifting others up and has been his practice, so now he wants his friends to celebrate him ,and gave them a target of 1 million naira each to be sent to his account ( he specifically opened the account that day for that specific purpose) so he said, the target was 100 million, but guess what, before the next 24 hours we could see that he has received up to 184 million and still counting, although this has. Seen has drawn some mixed feelings on social media, but let's know a little bit about davido

Davido personality
Davido who's was born on 21, November 1992, is a singer, record produce and song writer, some of his hit songs includes Dami duro, which was the second single from his debut studio album " omo baba olowo in the year 2012". Among other hits songs of davido includes, FEM, HOLY GROUND ft NICki minach, AYE, ASSURANCE, and a whole lot more with many other which he fractured other artists. It is cool to say professionally since the year 2010, that davido has been in the music game back to back.
He is also the founder of a music brand Davido music worldwide (DMW) also known as 30BG ( 30 billion gang), aside all these achievement, one thing notable about him is his slogan of always saying we rise by lifting others, this we have seen in the way he has helped alot of upcoming talent which he has helped rise to fame, his philanthropic giving and his humble acts ( now no body holy pass, as he also has his flaws) but you can take the truth about his being a philanthropist in different way, among such stars he has brought to fame include mayorkun, Peruzzi, Liya ,and many more, including his ex security man whom he discovered has a talent too, and he helped him harness it, even in the cause of this money transfer , alot of person was testifying about him and about how he has really helped them out , such testimony included
Donations to those with health challenges, and all,

We rise by lifting other up
Amidst the loudness "Doings" on social media, there were missed reaction from people concerning the donations, some were angry at those gifting the money to davido , with reasons being that he really has no need for money but rather such money should be given to less priviledge, while some said he was getting broke, and was looking for means to get back to his feet , hence the "online begging", other speculated that he was going to give back the money to charity, but in all of this, David kept the suspense coming MY TAKE
Financial independence is one Factor that everyone has to build for "himself" and there is this saying that no one has ever succeeded building alone, we at a point in our lives need someone to give us that shoulder or hand to stand firm,
During this whole " fun fund raising " as I will rather prefer to call it, a video came out we're davido made a statement while being in interviews by Ebuka, ( the popular host of big brother naija) were he stated that "he can never go down in life becos he has raised people that will hold him firm even if in future something want to happen " now thta is trust, and it leads me to the second lesson I learned
How well do you trust ur capabilities and capacity, trust don't have to always be ur friend or colleagues, trust can also be in your impact, do you trust the impact you have in people's life, there is this saying " good no dey loss" , wow, I really learnt more and lots during this " fun raising" but in all,make money ooooo, so you can catch cruise with millions, lolzzzz
Now my big question, who go share the Money? "Rhetorical question"( How should the money be shared)lolzzzz, but above all, I learnt something, affect everyone with something good, and see it come back, to you be it in cash or kind or in unmeasurable blessings,
Ehn ehn, lolzzz, dat reminds me, a pastor came online to say, if davido does not pay his tithe out. Of the money ,dat God will not accept his charity to the poor ( well, story for another day) and David. Won't go do heaven, (am guessing someone has the register of those going to heaven) lolzzzzz. I can't come and argue, but lessons learnt,
WELDONE DAVIDO

Congratulations @ollamma! You have completed the following achievement on the Hive blockchain and have been rewarded with new badge(s):