HIVE - Earn what they forbid you 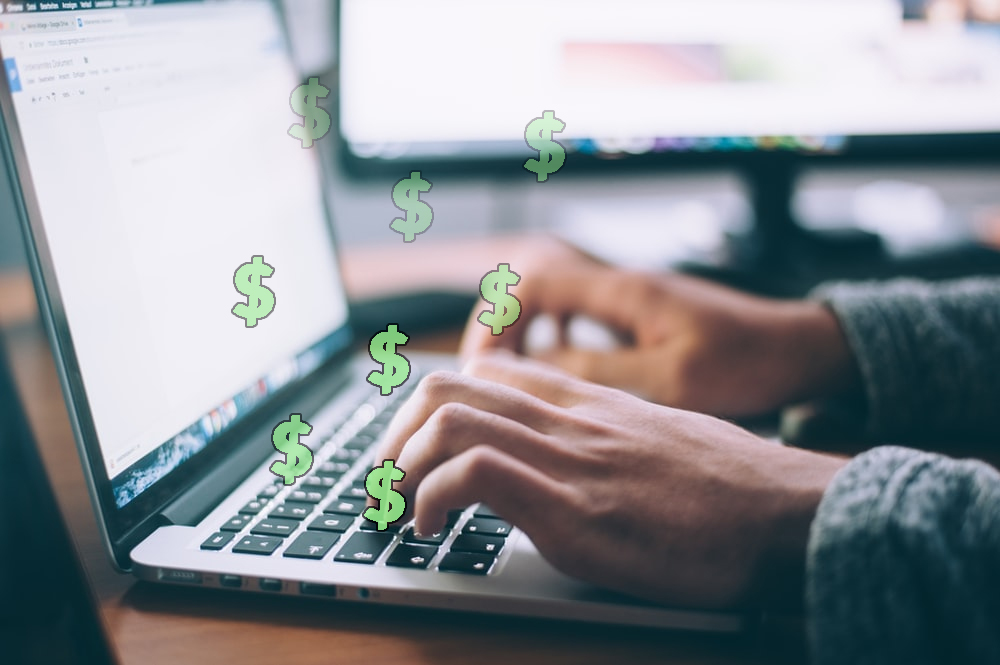 The concept of HIVE, in addition to making people happy at the first moment to know that the same thing they post on their social networks for free, here they can make them receive money, it also shows much more than just money and yes the Liberty.

The State often prevents us from doing a job for a lower value than what it establishes as a minimum, with the argument that we will be exploiting people.

But what exploitation is there in, for example, a teenager working in an office for, I don't know, two hours a day, in a comfortable chair in an air-conditioned room?

Or if a kid wants money to buy a new sneaker, go to a concert, or even make an investment, but doesn't want to work formally but just 1 day a week, or 5 hours a week, and be rewarded for it .

The State won't allow you to have this kid hired, after all, he doesn't meet the minimum requirements that the State has set in a single stroke.

Hive comes to break these paradigms, and make you receive what the State forbade you.

At Hive, you have this freedom to work whenever you want, after all, you define your hours, and how much you want to put in your publication, and consequently you will get feedback on this work.

Whether it's a fair value or not, we can open that discussion, but the freedom of choice remains in your hands.

I've been told that it takes a lot of time to interact with other people. And I say it takes the same amount of time you interact on other social networks.

Why use Facebook, twitter, and various other social networks if you can use that time on Hive?

Instead of scrolling the facebook feed, rotate the Hive feed. Rather than RT the twitter posts you liked, do it on Hive.

After all, on other social networks they will be earning for you to do this and generate engagement on their social network, and you are not earning anything from it.

At least in Hive you will be getting paid, and any value greater than 0 is already a profit for you.

Hive is freedom allied with profit, and anyone who is willing to get out of backward patterns of social networks where the user does not have a voice or pay to generate engagement, is one step ahead of many people.

The State won't allow you to have this kid hired, after all, he doesn't meet the minimum requirements that the State has set in a single stroke.

Exactly, the State want you wearing white collar shirts and going on working for hours before you'll be able to get a good pay. That's bullshit. They're afraid the little youths will begin to be free and have a say, that's never going to happen, atleast that's if you're not on the Hive.

It's really a win-win situation, you get to interact with a very insightful community, get to learn new things, and still get paid!. I've been on instagram for close to 4yrs now and I'll boldly say I've spent a lot, way more than I've gained and it only gets worse. I'm looking to see how much I'll earn in exactly 1year in the hive and I'm certain it'll be way more than I ever expected.

For sure I've been addicted to messenger and whatsapp and they've really not added any thing productive, I know it's good for building a relationship with others but that can also be done on the Hive, I've met people from Korea, india, United States and other parts of the world in barely a month and it's gonna be a lot better in years to come.

I'm sticking to the Hive and I'm hoping new Hivers would also see the future and do same.

Thank you for bringing this to our notice

There are some Bitcoin faucets that are not worth doing. You always should be looking for better remuneration. Remember that even today, a Satoshi is worth a tiny fraction of a cent. Don't get excited about winning 100 satoshis. They cannot pay such an amount to you on the Bitcoin network without spending more than that on fees. You're much better ahead gardening in even some low income countries than spending time on these faucets.

Proof Of Brain is different though...

At Hive, you have this freedom to work whenever you want, after all, you define your hours, and how much you want to put in your publication, and consequently you will get feedback on this work.

This is apparently the best part of working here. You get paid for the efforts you put in, nothing less nothing more. You impress people with your work and actions, not with your words so it's very fair too.

And how can we forget, the freedom to post and say out aloud whatever we want, without any censorship. The only rules governing the platform are for thewelfare of the audience in general and very justified. Also, decisions taken are not biased towards or for any set of people. It's great to be working here.

Best part, you can choose to not invest at all and just evolve by using your earnings here.

This is apparently the best part of working here. You get paid for the efforts you put in, nothing less nothing more

Well said! Many people don't understand this, but showing up and doing the work everyday is really everything it takes to be successful here,

Hive is freedom allied with profit, and anyone who is willing to get out of backward patterns of social networks where the user does not have a voice or pay to generate engagement, is one step ahead of many people.

This is what I tell my son @mekhane. Let him take advantage of HIVE and all it has to offer: he can socialize, express himself, write, play and win.
I do it myself even though sometimes I don't have so much time available, plus I find content very varied and enriching in many aspects.
And I prefer to give UV and reblog here rather than in another social network, in which I am favoring others without receiving anything in return.
Excellent article @vempromundo.

Crypto blogosphere present to us the opportunity of earning from what we have been doing without pay, even though the owners of such networks are bagging tonnes of dollars, the engagers who are more or less the income generators go with nothing. Like you said, since the value is above zero, then it's a profit.

Hive does provide us with the financial freedom we all cant seem to learn anywhere.

I have been able to know more about cryptocurrency with my active stay here consuming financial and crypto content which is exciting and also rewarding.
!PIZZA

@vempromundo! I sent you a slice of $PIZZA on behalf of @marvinix.

Why use Facebook, twitter, and various other social networks if you can use that time on Hive?
Instead of scrolling the facebook feed, rotate the Hive feed. Rather than RT the twitter posts you liked, do it on Hive.

This is a very important message. People need to ditch those centralized media and migrate to decentralized alternatives as soon as possible.

It's a shame that many don't realize that

Price is the priority of this business but it keeps reducing each day by day instead of increasing.

Speaking true words. This year well really last year was a real wake up call for me and I believe many about the state of things and how we need to start taking back personal ownership of things.

Talking about the state and employment, there are people who don't have the ability to sit down in an air conditioned office for straight two hours, working their asses off. No break except lunch break.

But here on hive, you work when you please. You take the break you want. There is no boss asking you for certain documents or statistics.

That is a very good thing because it gives people liberty to work in a way that can favour them.

Say you're working in an office and an impromptu engagement pops up. You have to start thinking of how you would take permission from your boss and I you have a bad boss, you may as well forget the idea of leaving.

But on hive, you could go for you engagement with ease. No stress. It's a very good platform.
Thank you for airing your views @vempromundo

Some days ago, I began to think, and I remembered how I haven’t been on Instagram and Facebook since January.

I wasn’t the social media type before i met hive, although I had a Facebook and an Instagram account, I never had a Twitter account. Even at that I spent more time on Instagram looking at comedy skits and dance clips, I go as far as making screen records for them and showing friends around. I went about living this life on joke while having no aim for life.

I tried to abstain but I could still find myself in this circle until I was introduced to hive by @marvinix.

Ever since then I could evaluate what was best for me, I deleted my Facebook and Instagram apps, blocked my WhatsApp from reading contacts to stop viewing pictures and videos clips that adds no value to my life.

There could no have been a better way to impact people way of using social media than what Hive is doing.

We are able to interact, make friends , have fun and most importantly make a good earning while at it.

What more can one ask for?

The future is now

the pennies make up millions

Very true on the earning and owning content part, the censorship is another huge plus.

However I do see a few reasons mass adoption is still not here:

Of course there's the dilemma; do you chose censorship and ease of use over owning your content and earning from it with a little more effort and accept that you have to read some more again. For some it's an easy choice.. but I'm afraid that's not the same for everyone

Your words always resonate with me

If you spend two hours a day on hive you can get so much accomplished it will marvel you.

Within two hours you cab come up with a decent post, write 10 comments and learn something new that will add to your knowledge bank.

It is a win-win situation on hive. No time or effort lost

Decentralized personal freedom to choose what you want to do. The future is here. MommyCoddleGovernment is the thing of the soon past. Thanks for using your mind and speaking it.